Busharia reveals the precocious appearance of pottery on the African continent around the 9th millennium B.C.

The site of Busharia is located near the desert, at the edge of the alluvial plain and near an old Nile channel. It reveals the remains of human occupation at the onset of the Holocene. The settlement is rather eroded, only a few artefacts, ostrich egg fragments and extremely old ceramic sherds remain. These sherds date to circa 8200 B.C. The ceramic assemblage is homogenous, which suggests the existence of a single occupation phase. The decorations and the use of the return technique, common in the central Sahara around the 6th millennium B.C., are unique in this Nubian context for such an early period.

Remains discovered on site suggest the existence of a semi-sedentary population living from hunting, fishing, and the gathering of wild plants. A trial trench and a small-scale excavation were conducted on this Mesolithic site; however, it is impossible to obtain at present a better understanding of the context related to the first ceramics in the region. As this site is located near cultivated zones, it is thus threatened with short-term destruction. 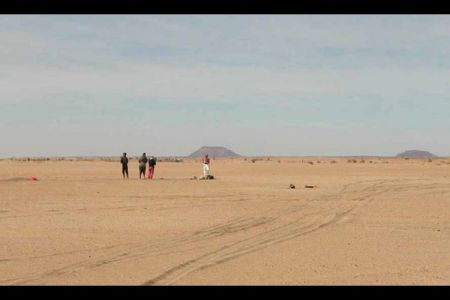 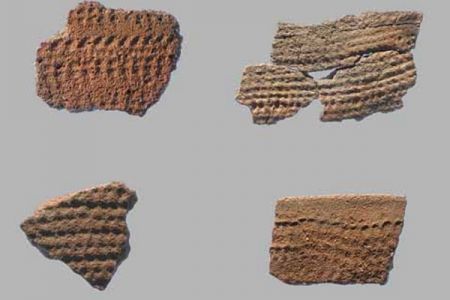